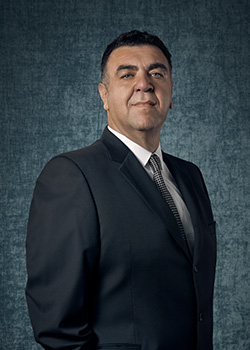 Erhan Kurdoğlu Chairman of the Board 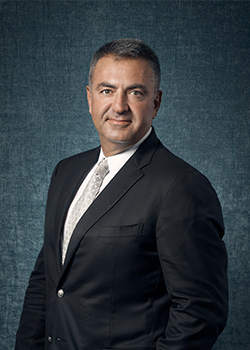 Korhan Kurdoğlu has served on the board of directors as Vice Chairman since founding TFI. He is a founding member and shareholder of TFI and also serves as Chief Executive Officer. He is a member of the board of directors for numerous companies owned or controlled by the Kurdoğlu family and a founding shareholder of 35 companies. Mr. Kurdoğlu also serves as the Chairman of Dış Ekonomik İlişkiler Kurulu (External Economic Relations Board) Turkey – China Business Council in Turkey and is the President of China Network at the Turkish Industry and Business Association (TUSIAD). He graduated with a Bachelor’s degree in Civil Engineering from the University of Miami in 1987 and also holds a Masters degree in International Affairs from Columbia University. 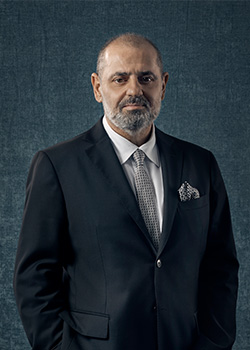 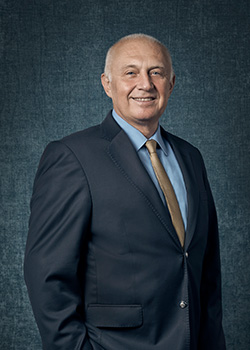 Recep Caner Dikici has served on the board of directors since 2016 and has worked at TAB Gıda since 2004. Prior to 2004, he served as the founder of KOÇ-ATA farm and previously managed the wood factory operations for Ata İnşaat. Mr. Dikici has a Bachelor of Science in Electrical and Electronics Engineering from Middle East Technical University and a Master of Science in Electrical Engineering from the Michigan Technological University. 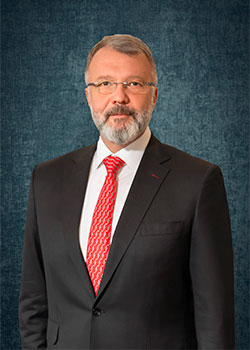 Before joining Ata in 2011, he was a Managing Director – Global Head of Commercial Operations at Barclays with responsibility for driving the expansion of its International Wealth Management business through the development and delivery of commercial strategies for the EMEA region. He led the overall sales, business development, and client relationship activities as well as product development efforts. Before his departure, he was responsible for all of the London-based International business.

Before joining Barclays, Mr. Demirel was the General Manager of Citibank (Switzerland) during 2006 and 2008, the second-largest foreign bank in Switzerland with over $30 bln of assets under management covering global clients.

Between 2001 and 2006 he was with UBS in London. As an Executive Director of the Investment Bank, he worked directly under the leadership of the CEO of UBS Warburg in his Strategy & Business Development team responsible for covering the bank’s corporate advisory, institutional equities, fixed income, and private equity businesses.

Prior to that, he spent six years with Goldman Sachs in New York, where he started his career in investment banking focusing on covering financial institutions and working on M&A transactions. Mr. Demirel has served in various locations throughout his career including New York, London, Geneva, Hong Kong, and Tokyo.

In 2007, while heading Citi Switzerland, Mr. Demirel was selected as one of Market Magazine’s “50 Most Influential Bankers”.Mr. Demirel has a post-graduate degree in Quantitative Economics from Queens College and holds several Honors and Distinguished Service Awards. He completed his secondary school education in Bern, Switzerland. 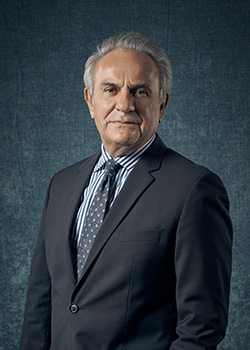 Elmas Melih Araz has served on the board of directors of TFI since 2013 and on the board of directors of Pangaea Foods (China) Holdings Ltd (“BK China”) since 2012. Mr. Melih Araz has been with the Ata Group, a leading privately-owned group with investments mainly in the food and QSR industry, investment banking and real estate development, since 2006. Prior to joining the Ata Group, he worked at Interbank A.Ş., where he served as Chief Executive Officer for eight years. He previously worked at Citibank N.A., where he served for twelve years there in various roles, including as an FX and Money Market trader in Bahrain, head of the Corporate Banking Group in Turkey, and in New York within Citibank’s Credit Supervision EMEA Division. Mr. Melih Araz also sits on the board of Enka A.Ş., a leading contracting real estate development and energy conglomerate in Turkey. Previously, he served as an independent director of two other public firms in Turkey: Zorlu Energy A.Ş., an energy company that is part of the Zorlu Group, and Senocak A.Ş., an appliance manufacturer. He holds a Bachelors of Arts degree in Economics and Public Finance from Ankara University, School of Political Sciences and Master’s Degree in Business Administration from Kelley School of Business. He also attended Harvard Business School’s Program of Management Development. 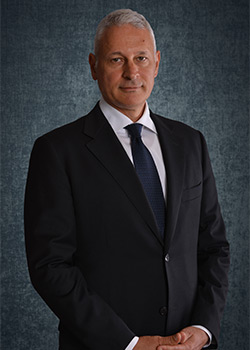 Hasan Akçakayalıoğlu joined TFI TAB Food Investments as Independent Board Member in July 2019. Since 2002, Mr. Akçakayalıoğlu has been serving as the Chairman of the Board of Directors of Bank Pozitif (Istanbul). At the same time, he is the Chairman of the Board of Directors of C Factoring A.S. (Istanbul) and Demir Kyrgyz International Bank (Bishkek). Since October 2018, he has been serving as a member of the Board of Directors at Ekspo Faktoring A.S. He worked as board member of banks and financial institutions in The Netherlands, Romania, Bulgaria, Kazakhstan, Kygyz Republic and Turkey. Previously, he has served as a member of Board of Directors of TUSIAD, and the Chairman of Turkey-Israel Business Council of Foreign Economic Relations Board of Turkey (DEİK). Also, he served in various managerial positions and in general manager/CEO positions in various banks and financial institutions. After graduating from university, he worked at the offices of Arthur Andersen and Andersen Consulting in London and Istanbul. Mr.Akçakayalıoğlu holds a Bachelor of Arts and Master of Arts degree in Computer Engineering from Middle East Technical University and has an MBA degree from Yeditepe University. 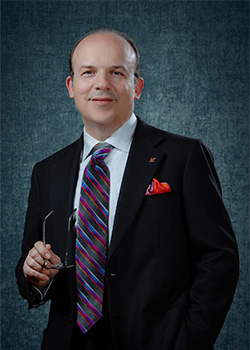 Dr. Yılmaz Argüden, joined TFI TAB Food Investments in 2022 as a strategist, and he is the chairman of ARGE Consulting, a globally recognized consulting firm for various works focused on making institutions sustainable, developing creative and innovative management strategies, and contributing to society in general.

Argüden advises numerous Turkish and foreign companies on strategy, business excellence, institutionalization, sustainability and governance, and is also Chairman of the Board of Trustees of Argüden Governance Academy. 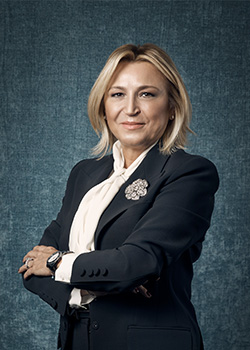 Kübra Erman Karaca has been working as CTO since 2014. Karaca previously worked as the CEO of ATP / Tradesoft, the Executive Vice President responsible for Information Technologies at Körfezbank, and has led the change, BPR and unification projects of Doğuş Group Banks. She also worked as a senior manager in technology companies of Akbank, Garanti Bank and Yapı Kredi Bank.
Karaca is also a member of the Council of Presidents of TÜBİSAD (Turkish Informatics Industry Association). She was the first woman president of TÜBİSAD Board of Directors between October, 2015 - March, 2021. She was the first woman to receive the "Tübisad-TBD Lifetime Award".
Karaca, holds Bachelors of Science in Mathematics and Master of Science in Computer Engineering from Ege University and she completed her education as a TÜBİTAK scholar. 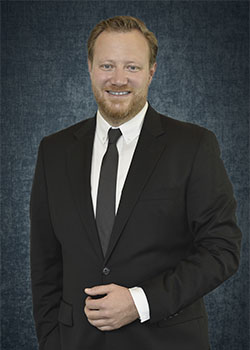 Sinan Ünal joined TAB Food Investments (TFI) in 2019 after holding strategic positions in global companies such as Total Oil and The Coca-Cola Company.Ünal was previously working as the Strategic Customers and On-Premise Consumption Channel Director at Coca-Cola. He graduated from the Economy Department of Galatasaray University and completed the Executive MBA program at the same university. 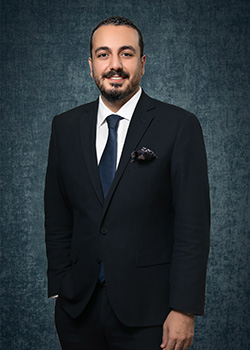 Starting his career in a global consultancy firm, Ünal has managed projects in finance, strategy, economy, and management in more than 10 countries on behalf of multinational organizations. Prior to joining TFI TAB Gıda Investments, he served as Kardemir's CFO for 5 years and previously served as Deputy General Manager and Executive Board Member in charge of Corporate Finance and Investments at AktifBank, and Chief Advisor to the Board of Directors at Taib Bank, a subsidiary of Dubai Group.

He is currently an Independent Member of the Board of Directors in two separate banks in Kazakhstan and Albania, and a Member of the Advisory Board in a company traded on the US Nasdaq stock exchange, where Aramco is among its investors.

After his Engineering education, Mr. Ünal earned an MBA-Finance master's degree from Bilgi University and continues his PhD in Business Administration at the same university. 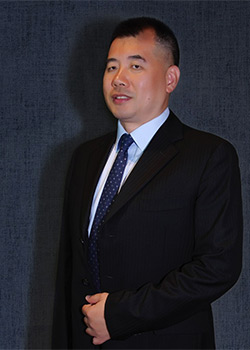 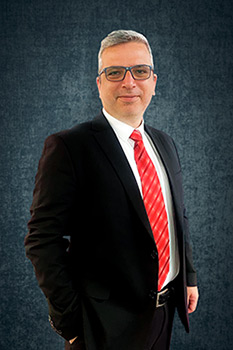 Hakan Altınbaş is the Chief Executive Officer of Ata Express (Fiyuu) since January 2021. Altınbaş began his career at Demirbank in 2000. He worked as Channel Business Assistant Manager in HSBC Bank until 2010. From 2011 to 2017 he served as Channel Experience Manager at Turkcell and from 2017 to 2018 he was the Customer Services Director of Millencom. Altınbaş joined Ata Express in 2018 and by the end of 2020 he was working as the Director of Operations, Sales and Support Services Altınbaş has graduated from the Economy Department of Anadolu University. 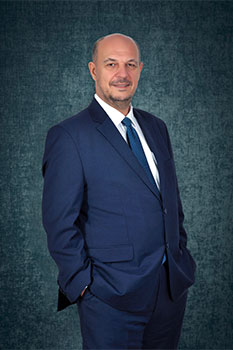 Do you know who our Founder is?